Please join us starting 10 minutes before each session using the following button.

There will be a Gather session at the conclusion of the talk, for socializing.  To be added to the attendance list to be able to join please contact us via gather@g4gfoundation.org

The Humour of Mathematics
We look at the role that humour plays in the teaching and understanding of mathematics, with hilariously funny illustrations and examples.  The aim is to show how humour humanises the subject, makes it more enjoyable, and show that mathematicians are prepared to laugh at themselves and their subject. On a more serious level, we examine structural relations between humour and mathematics, for example, a comparison between the theorem and the joke, and a look at people who had a foot in both camps, such as Lewis Carroll, Stephen Leacock and  Tom Lehrer. 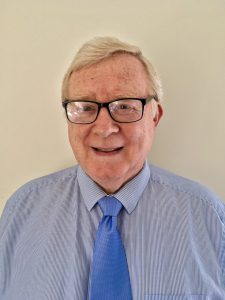 Des MacHale is Emeritus Professor of Mathematics at University College Cork where he taught for forty years. He holds B.Sc. and M.Sc, degrees in Mathematical Science from University College Galway and a Ph.D. degree in Algebra from the University of Keele in the UK. He also holds a Diploma in Geology from UCC  and in 2015  the National University of Ireland awarded him an honorary Doctorate in Literature for his books on George Boole who was the first Professor of Mathematics in Cork. He is the author of over a hundred research papers in refereed mathematical journals, mostly concerning groups, rings, number theory, geometric dissections, plane geometry, and trigonometry. He has also written many published books of puzzles, words, lateral thinking, jokes, wit, and humour and these have been translated into over a dozen languages. He has written four books on George Boole and four books on John Ford’s movie The Quiet Man. Two of his main interests are mathematics and humour and in February 2022 Less Serious Books, an imprint of Logic Press in Ireland, has published his magnum opus Comic Sections Plus, the book of mathematical jokes, humour, wit and wisdom.
Des MacHale is interested in puzzles of all kinds, but especially mathematical and logical, and he is also interested in words, music, photography, book collecting, mineral and fossil collecting, broadcasting, philosophy, religion, health education and humour analysis.
He and his wife Anne of nearly fifty years live in Cork and they have five wonderful children and three even more wonderful grandchildren.