Elwyn Berlekamp departed peacefully on the evening of Tuesday, April 9, 2019. He was a dear friend to many of us and one of the founders, together with Tom Rodgers and Mark Setteducati, of what became the Gathering 4 Gardner Foundation. His creative contributions to mathematics and electrical engineering were outstanding and will live on, as will his tireless work in many other arenas. His quick mind, generosity, and kind heart will be dearly missed.

For anyone wanting to follow up with Elwyn’s family, write to his home address.

I’m very saddened by the news of Elwyn’s passing.

Aside from his great intellect and many accomplishments, Elwyn had a very playful and curious mind. He was a close friend of Martin Gardner; both had great love for and were strong advocates of recreational mathematics. Without Elwyn’s wisdom and guidance, the Gathering For Gardner would not have grown and matured to what it is today. Although he has now left us, his influence will continue for a very long time.

I was away from email most of last week and didn’t immediately learn that Elwyn Berlekamp had died peacefully.
This is so sad.

He was an exceptional mathematician and a most generous person.

I first met Elwyn at a 1966 Combinatorics conference in Chapel Hill. He told me that he had used my Cambridge Philosophical Society paper with Cedric Smith to help him advance his analysis of Dots and Boxes. A bit later he said that we should write a book on games. I said that I knew just the person who could help us out and for the next
twenty years we three did that.

My sympathy to all his family and friends.

He was an amazingly creative mathematician, ex chair of both the UC Berkeley math dept and the EE department, and super person in every respect. I got to work with him on several projects, nonprofit and for profit, and in a startup too. He was a cofounder of the world’s most successful hedge fund, the original source of lots of math published under other people’s names, and with Solomon Golomb a designer of error correcting codes used in the USA space program….I could go on and on.

For me personally, one of the highlights of my speaking career and fondest memories is to have been complimented by him on one of my talks.

It was a privilege to have known him 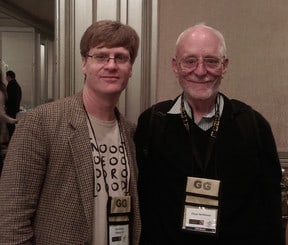 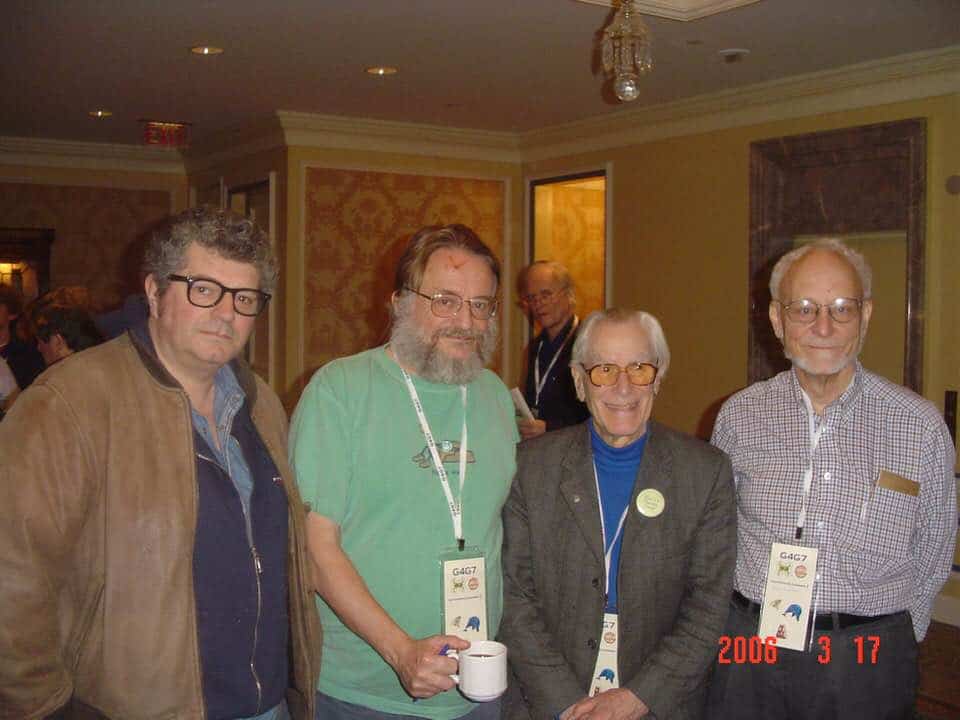 We lost a great mathematician and a superior man. I lost a good friend.

The notice of obit as honorary member of the Ludus Association in Portugal can be found here.

One [memory] that amuses me the most is that, though I’ve known him well since ca. 2001, for years he would call me Tony. He knew exactly who I was. But “Tony Hearn” (another computer scientist, I believe) was just more deeply ingrained in his brain. I felt a little boost when he started consistently calling me Bob. 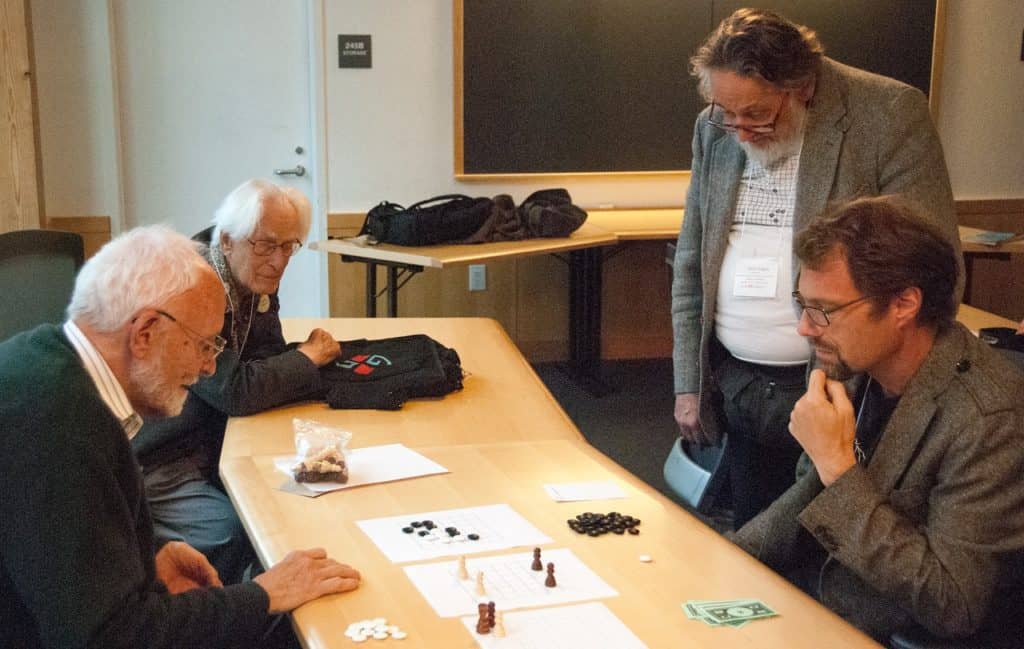 Elwyn and I met at G4G when I was in 3rd grade. He was very open to spending time with me and was a good mentor. I loved playing dots and boxes with him.

Here’s a clip of Elwyn and James playing dots and boxes together:
https://www.mathwithjames.com/dots-and-boxes-elwyn-berlekamp/

Elwyn was my Elementary Circuit Theory recitation instructor at MIT, ~1962. He always hurried through grading my homework so he could talk about Dots and Boxes! He made me wonder if all EE grad students were smarter than the Math grad students.

I remember meeting Elwyn Berlekamp during the offsite event at G4G11 – it was a joy to talk with him, and I recall him being quick, wise, and very kind.

Like many others, Winning Ways for your Mathematical Plays was my first major introduction to combinatorial game theory and the surreal numbers, and its size and scope – everything from Nim to topological puzzles to the Game of Life – is still incredible. I don’t know if there is (or even can be) an index of which authors contributed what or else I surely would list more here, but the more I think about it, the more outstanding Berlekamp’s analyses on Dots and Boxes becomes, especially for the level of depth and insight these analyses gave to something which like so many other things could have been too easily overlooked.

It is also difficult to overstate the impact of the Berlekamp-Welch and Berlekamp-Massey algorithms, from their near-universal impact on QR codes to their implications for pseudorandom number generators, to name just a few. I know Bill Gosper has also mentioned the nearly inexplicable-at-the-time existence of Berlekamp’s polynomial factoring algorithm! The world has lost an incredible person. 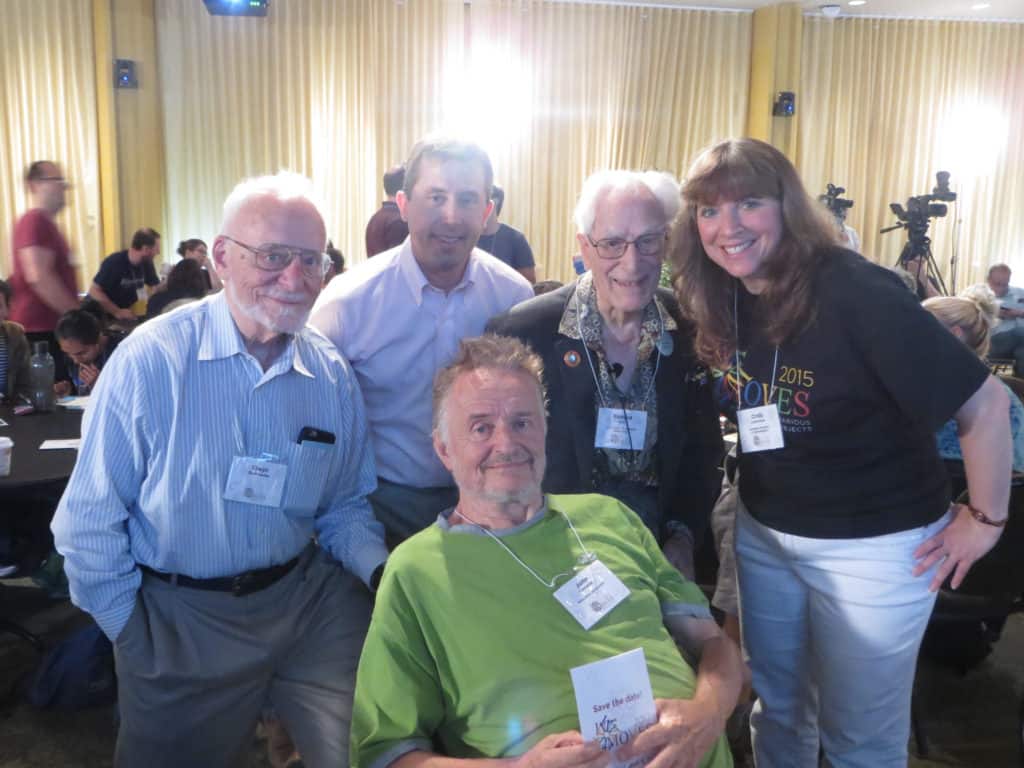 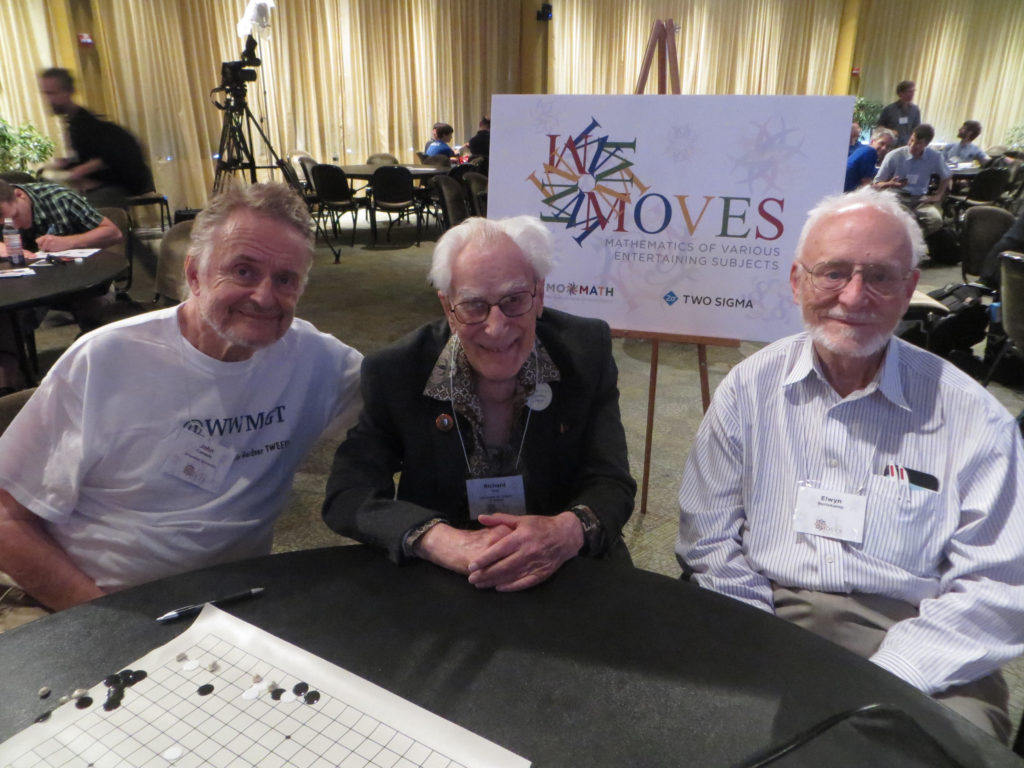 Aperiodical – Elwyn Berlekamp has left us

If you have any references, memories and tributes that you would like to share please email us at support@g4gfoundation.org.