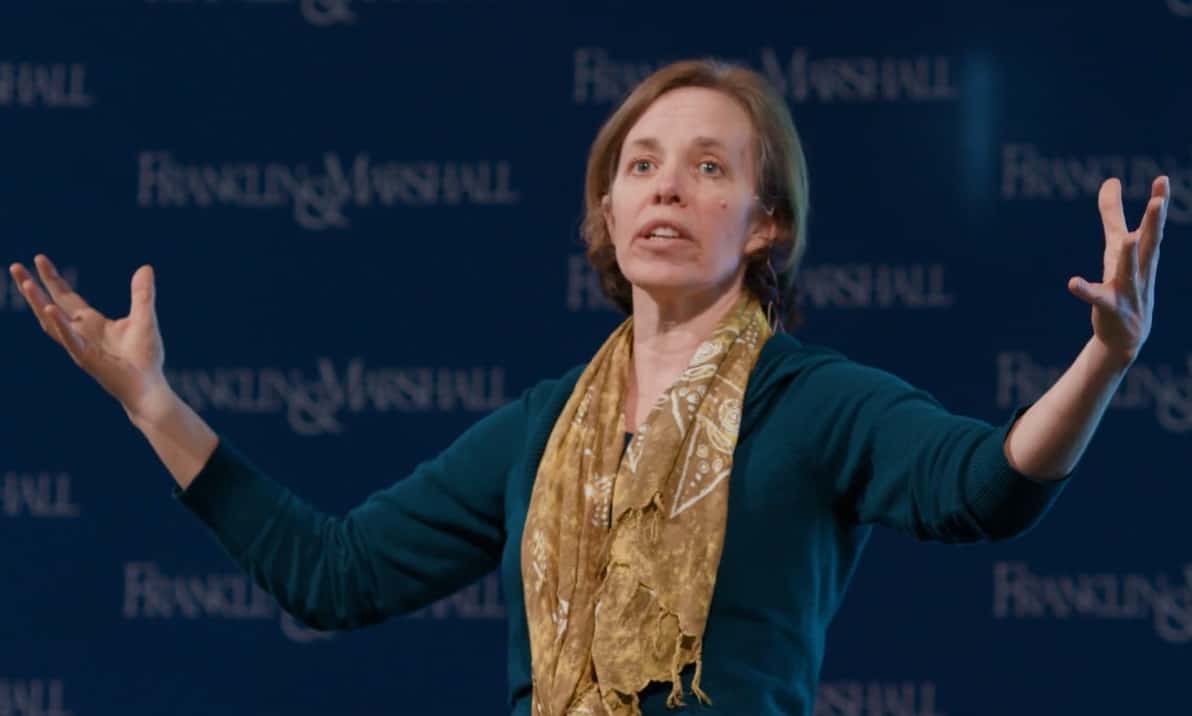 Drawing Three Impossible Figures before Breakfast
How do we fit a three-dimensional world onto a two-dimensional canvas?  Answering this question will change the way you look at the world, literally.  In this talk, we’ll explore optical illusions and other surprising effects made possible with perspective geometry: the Ames Room, forced perspective, anamorphic art, Trompe L’oeil, the Hitchcock zoom, reverse perspective, and six-point perspective on spheres.

Amina Bühler-Allen has been lecturing and facilitating hands-on math workshops at math conferences and in classrooms worldwide since 1990. She has also designed and manufactured many interactive math products. Her Color Fields tiles, magnetic, and Static Cling geometric shapes have been used in classrooms across the United States, and at the Institute of Traditional Arts in Casablanca, Morocco. In 1999, she met and teamed up with Marc Pelletier, who was engaged in the same pursuits. He introduced Amina to Zometool. In addition to making tiling products, they explored 2, 3, 4-D (and above) geometry, including Zome architecture and recursive ornament. Her discovery of the Spidronized dodecahedron was featured on the cover of the October 2006 issue of Science News. In addition, Amina has worked on projects with or for Scott Kim, Dale Seymour, H.S.M.(Donald) Coxeter, John Horton Conway, Sir Roger Penrose, Rinus Roelofs, Daniel Erdely, Kristof Fenyvesi, Lennart Green, Sir Roger Penrose, Walt Von Ballegooijen, and others.

Annalisa Crannell is an Associate Dean and Professor of Mathematics at Franklin & Marshall College in Lancaster, Pennsylvania, and recipient of both her college’s and the MAA’s distinguished teaching awards.  Her early research was in topological dynamical systems (also known as “Chaos Theory”), but she has become active in working with mathematicians and artists on Projective Geometry applied to Perspective Art.   Together with mathematician/artists Marc Frantz and Fumiko Futamura, she is the author of Perspective and Projective Geometry and Viewpoints: Mathematical Perspective and Fractal Geometry in Art.  She especially enjoys talking to non-mathematicians who haven’t (yet) learned where the most beautiful aspects of the subject lie.