​​We are pleased to announce the rescheduled G4G14 in-person meeting is now expected to take place in Atlanta, April 6-10, 2022. We have confirmed these dates with the Ritz-Carlton, and we have been working with Georgia Tech for our planned offsite on Saturday, April 9. We look forward to gathering in person once more and enjoying the opportunities that make G4G special for all of us.

Information about booking Ritz-Carlton rooms for the new event dates and updated talk submission deadlines will be forthcoming. Please bookmark this web page and keep an eye out for email updates in the coming weeks.

As with previous postponements, all current G4G14 registrations will automatically be transferred to the new conference dates. However, if you would prefer NOT to transfer your registration, we will extend a full refund*. If you plan not to attend, but would like to donate your registration fee (all or in part), rather than receive a refund, your donation will provide much needed support for G4G. All donations are tax-deductible to the extent allowed by law. Please submit your registration cancelation request here:

*​​In order to make refunds as efficient as possible, we will only be processing them via PayPal so we need the email address associated with your PayPal account. Please note that refunds will be issued in US dollars, and any conversion fees would come out of the refund amount.

If you have already made a reservation with the Ritz-Carlton in Atlanta, please be sure to cancel directly with them at 1-800-241-3333. G4G is not responsible for hotel cancelations.

We will have 21 presentations for an enhanced CoM experience spread over 7 days, October 18-24 (Monday to Sunday). Click the button below for more information:

Please contact support@g4gfoundation.org for questions about registration and check back on this page for periodic updates. 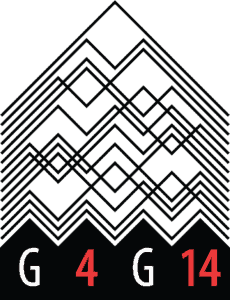 From April 6-10, 2022 in Atlanta, Georgia, G4G participants will assemble, in Martin Gardner’s name, to celebrate recreational mathematics, magic, puzzles, skepticism, science, art, literature, and the intersections of these subjects. Participants will offer presentations, performances, original papers, and exhibits. Countless exchanges of ideas and examples of magic will inspire and delight. Unlike many other conferences, G4G is participatory in nature; all attendees are encouraged to contribute, whether that be a 5-minute presentation, an original paper, a unique exhibit, or a novelty item for the gift exchange.

Registration for G4G14 is OPEN!
Invitation emails were sent to past attendees. If you have attended a past Gathering and did not receive an invitation, please check your Spam folder and email support@g4gfoundation.org if you did not receive the invite.

For information about nominating yourself or others for attendance CLICK HERE.

Come join the fun, the mystery, and the challenge of playing a variation of Robert Abbott’s card game Eleusis! (pronounced el-you-sis) Featured in the Martin Gardner Mathematical Games columns of the June 1959 and of the October 1977 Scientific American. We’ll play Eleusis Express, a quick-play adaptation approved by Robert, led by John Golden (the adapter). 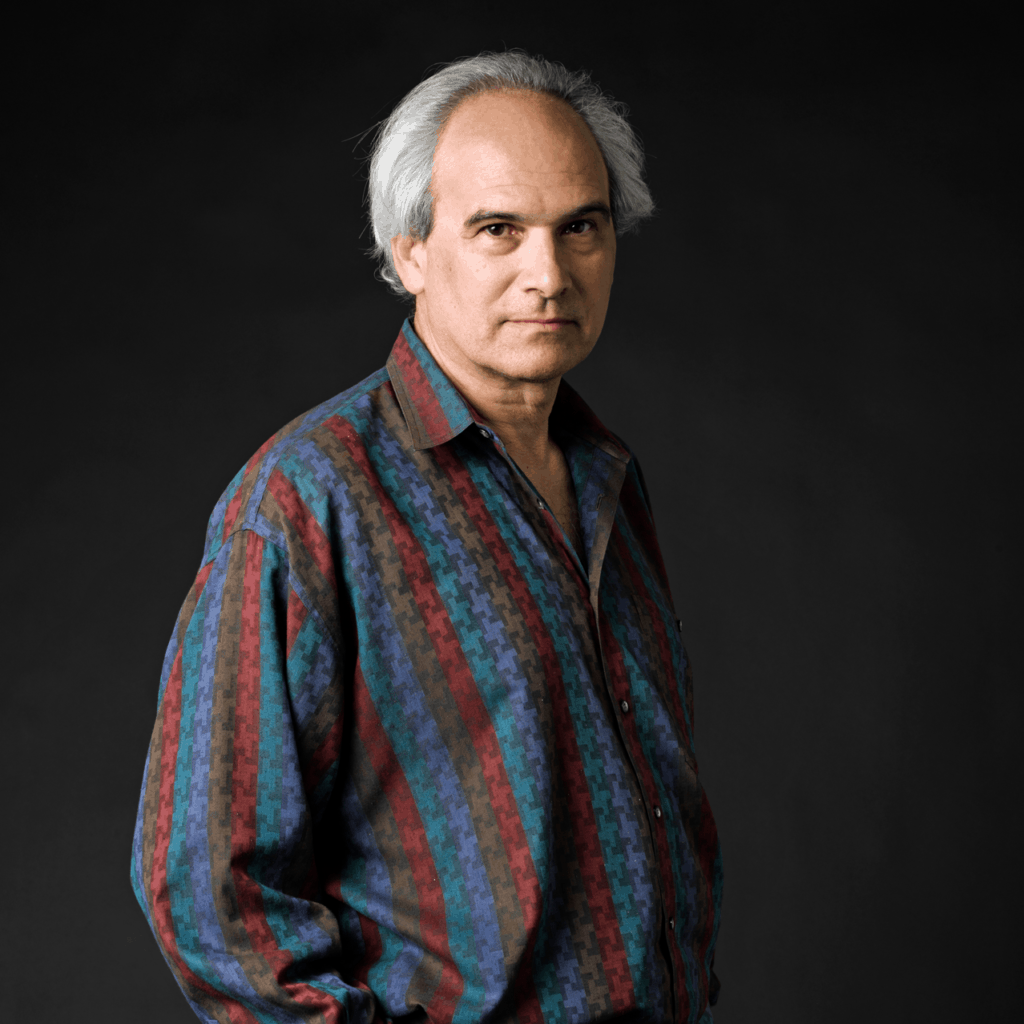 Mark Burstein is a lifelong Carrollian, a dire condition he inherited from his father, along with their world-class collection. A book editor by profession, over the years he had created, edited, or contributed to twenty-one books by or about Lewis Carroll, including updating, editing, and art directing Gardner’s The Annotated Alice for the “150th Anniversary Deluxe Edition” (W. W. Norton, 2015), and Alice’s Adventures in Wonderland illustrated by Salvador Dalí (Princeton, 2015). He has served the Lewis Carroll Society of North America (LCSNA) as its president, publications chair, and longtime editor of its magazine, Knight Letter. He also created and edited A Bouquet for the Gardner: Martin Gardner Remembered (LCSNA, 2011), among whose contributors are Douglas Hofstadter, David Singmaster, Raymond Smullyan, and many others.

Abstract: Why is Alice in Wonderland, along with the other Alice books, so prevalent in our culture and around the world? Why is Alice the most quoted and widely illustrated novel in English, as well as one of the most translated. This richly illustrated talk also makes diversions into the life and times of Lewis Carroll, and the story of one of his modern devotees. 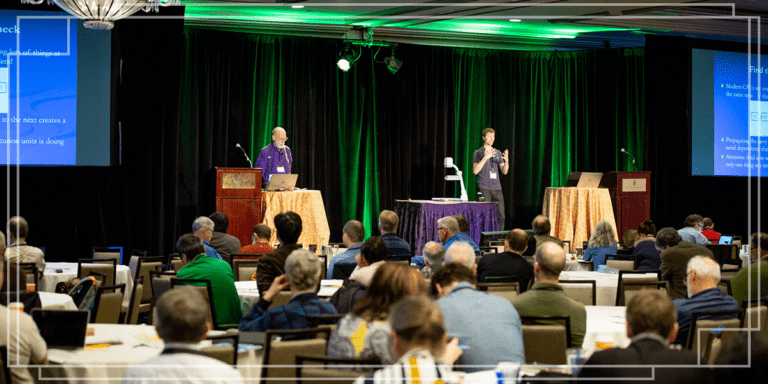 G4G offers opportunities for participants to share their passions and discoveries. The core of the conference consists of 4 days of brief presentations (generally 5 to 6 minutes). 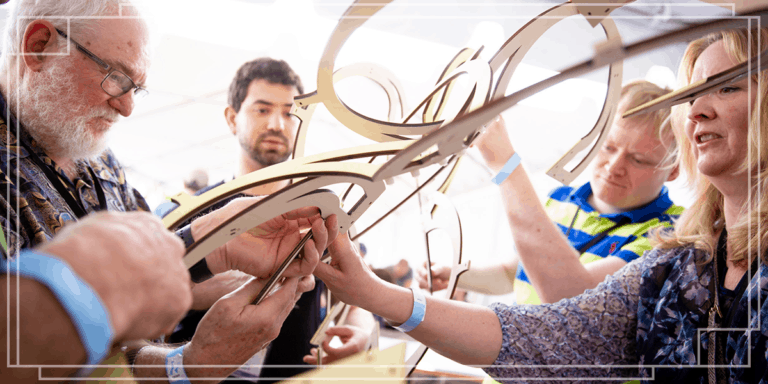 Sarah Garvin Rodgers invites the G4G community to her art gallery, Different Trains, in the artistic Old Depot District of Decatur. On Saturday the 9th, we are pitching tents in the street, serving lunch, building mathematical sculptures organized by George Hart, and creating opportunities for participants to socialize and explore this vibrant community.

A Mathematical Walk Around Downtown Decatur

Join Ron Lancaster for a walk in downtown Decatur to experience viewing the world through a mathematical lens while getting some exercise. This offsite event will be an opportunity to work with others to answer questions and solve puzzles related to daily life, design, art, architecture, science and recreational mathematics.

Ron is an Associate Professor (Teaching Stream) at the University of Toronto where he teaches mathematics courses for pre-service middle and high school teachers. He has over 20 years of experience teaching grades 7 through 12 mathematics. Ron’s professional activities include consultations and conference presentations in North America, Asia, England, the Middle East, Africa, India and Europe. Ron is an author for the NCTM (The Mathematical Lens) and member of the Advisory Board for the Museum of Mathematics in New York City. He is the recipient of the 2015 Margaret Sinclair Memorial Award Recognizing Innovation and Excellence in Mathematics Education awarded by the Fields Institute.

More offsite activities to be announced. 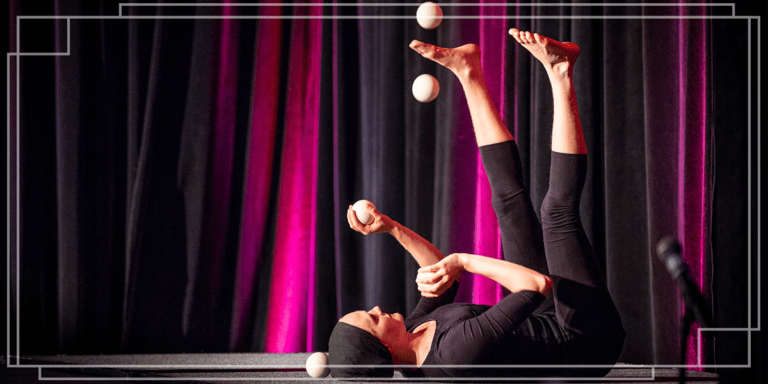 Thursday and Friday evenings at the conference are times to further connect. A buffet dinner will be served followed by entertainment featuring eclectic performances. Past shows have included close-up and stage magic and variety-style acts from juggling to feats of strength and mental math. This is also a wonderful opportunity to meet the other attendees. 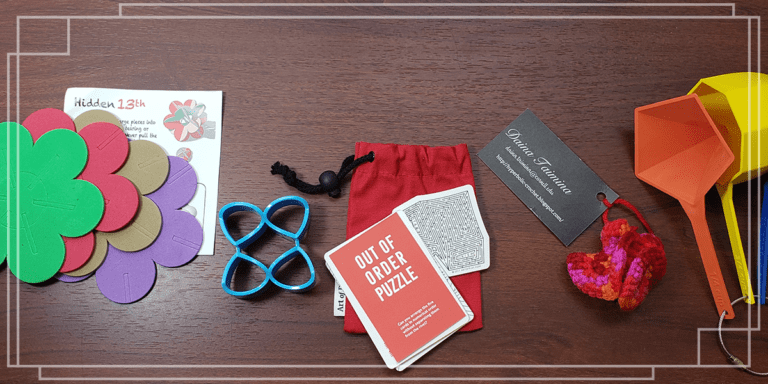 Traditionally, every Gathering conference includes a Gift Exchange in which attendees swap puzzles, magic tricks, artwork, papers, novelty items, books, etc. Participants in the exchange must submit an item for the physical Exchange Bag or a document for the Exchange Book. If you’re looking for inspiration, think of the exchange as something you would be excited to share with Martin Gardner himself. We recommend something original or unique, something made by hand, or something other attendees would enjoy or value.

Everyone who participates in the Exchange will receive: 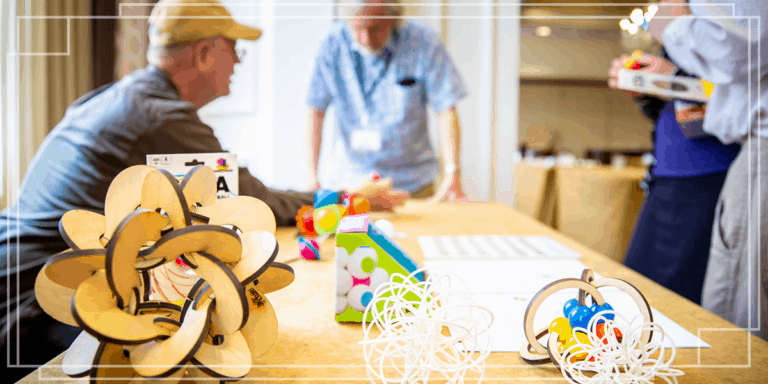 At G4G14, attendees will have the option of setting up a table in the Sales Room and/or the Exhibit Room.

Sales Room: If you are a vendor and wish to sell items to other G4G attendees (examples: books, sculptures, puzzles, mathy toys, etc.) consider reserving a Sales Table. Only attendees registered for a Sales Table will be permitted to sell their inventory at the conference.

Exhibit Room: If you have something special to share with the G4G community that is either too large or complex to be reproduced for the gift exchange, consider reserving an Exhibit Table. Past exhibit examples include: surprising 3D-printed objects, unusual musical instruments, kinetic sculptures, historical collections, and special edition books, toys, and games.

For both the Sales and Exhibit Room, space is limited and tables are available on a first-come, first-served basis. Sales and Exhibit Room participants are required to staff their table during Happy Hour on EVENT EVENING TBA (from the end of the final talk of the day until the start of dinner). 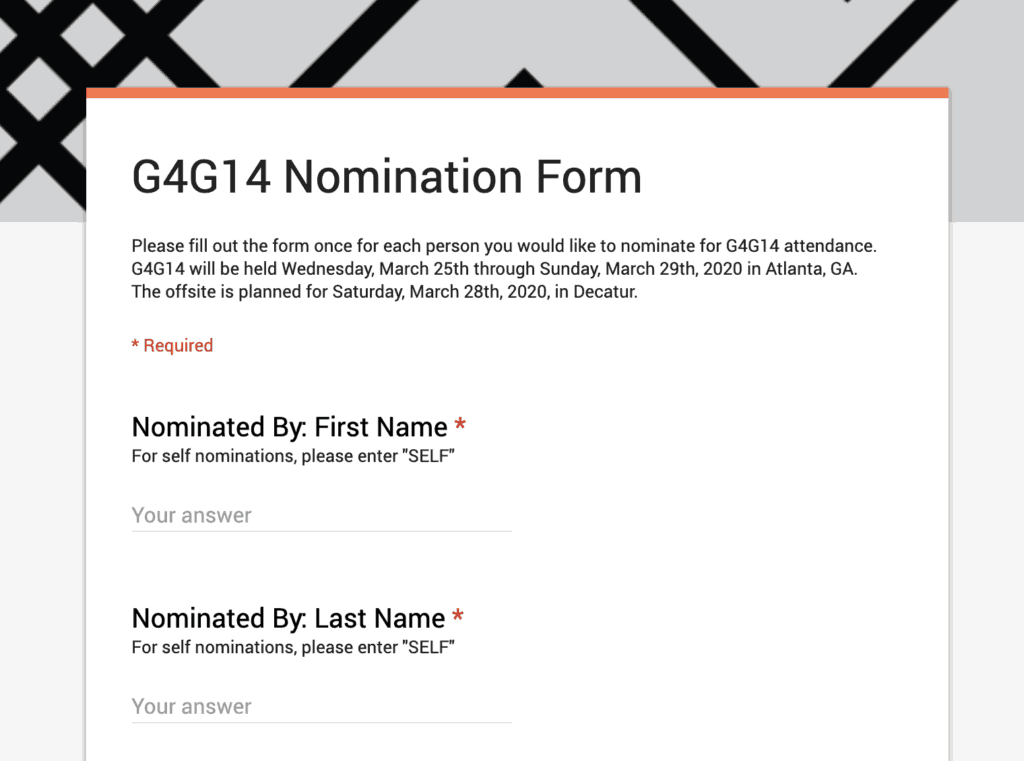 You are welcome to nominate new attendees (including yourself) for invitation to G4G14. Please let us know how your nominee will enrich the G4G community. Fill out the form once for each person being nominated. 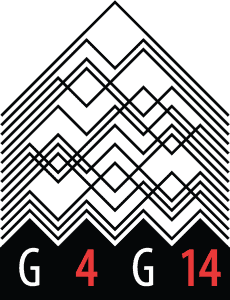 The official G4G14 logo was designed by Scott Kim. Below is a link to download the logo files for use on gift exchange items and a separate link to view Scott’s background information about the design of the logo.

If you would like to submit an unofficial logo for G4G14, please email support@g4gfoundation.com.